The Bone Anchoring Device for Artificial Limbs (BADAL X™) is a modular medical device to be used as a permanent transcutaneous (through the skin) fixation system to directly connect an exoprosthetic lower limb (artificial leg) to the upper- and/or lower leg bone in respectively above- and below knee amputees. The BADAL X attachment method is also known as osseointegration and is an alternative for the conventional attachment of artificial limbs with a stump socket.

‘It’s a New Me’: Amputee Steps Back Into Life with Restored Limb 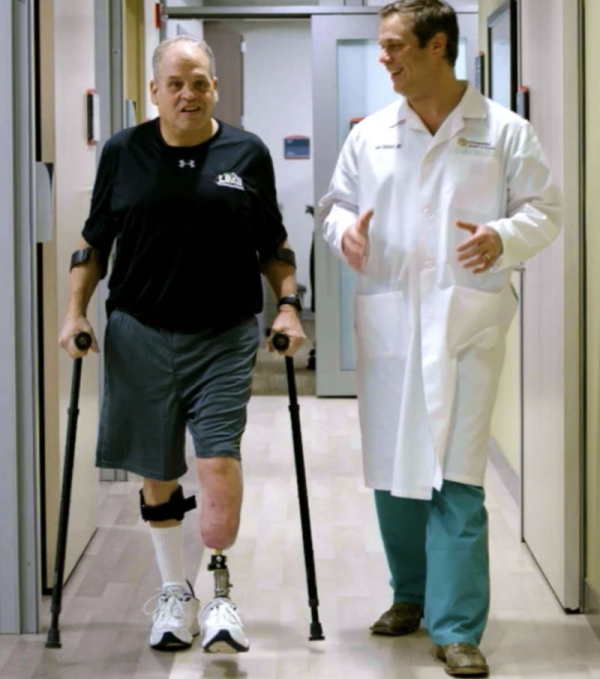 On a soft August day in 1992, Paul Nozell and his older brother, seated next to him in a single-prop airplane, surveyed the familiar landscape below. They planned to skirt the sky above their dad’s house in upstate New York. Nozell maneuvered the plane into a “lazy 8,” something he’d done many times.
Just then, everything changed...